Have you found yourself stuck with boring textbooks? Audio courses? Apps? What things turn you off language learning?

I’ve been stuck a few times when learning Japanese and German.

Mostly it’s because I didn’t want to leave my ‘comfort zone’. I’m an extreme introvert, so meeting and talking with new people makes me terribly anxious, sometimes even sick to my stomach.

Sometimes it has been because I doggedly stuck to one particular book or strategy that wasn’t working.

For example, I often say that my hand is my language memory. I must write things down for them to stick in my head. But I haven’t been able to handwrite anything for over six months after an injury. Which means, I have avoided doing anything from my grammar and text books.

I’m on a new endometriosis medication which has increased the migraines – sound, especially voices, is often bad. I’ve avoided listening to podcasts or watching videos. Combine all three and my German slid backwards quickly!

Learning languages as an introvert

Many people suggest talking with native people as the quickest way to learn a language. As an introvert, one of the hardest things is to strike up a (shallow) conversation with a stranger.

Lower the barrier with common interests If you are living in the country of the language you are learning, it’s easier to get immersed in the language.

You could find classes about your interests. This would provide both practice in the target language, and connections with people who are interested in the same things as you.

If you prefer online or live out of the country, you could join forums or Facebook groups in the target language and connect with people there. Recently, I’ve joined a couple of German crochet/knitting groups on Ravelry. Once you get to know a few people via chatting in text, Skype is a great next step.

Having a common interest to chat about makes it easier for us introverts to talk to others.

There are many sites for language exchange – forums for groups, email exchanges and Skype conversations. I found a good friend in Japan through one of these sites. We started exchanging mails and parcels, then talking over Skype occasionally, and we met up in Kitakyushu, Japan in 2010.

Put yourself in situations where you must use it

I found talking to my physiotherapist (who I now see weekly) is a great help with my German, as the conversation flows into multiple topics. Plus she enjoys puzzling out the German language with me, when I ask about how words are conjugated or some other grammar point. Unlike my German speaking partner, who says “that’s just the way it is.”

If you find it absolutely boring going through a particular textbook (as I have done), don’t force yourself to stick to it. It will make you lose all interest in learning the language!

Instead, find another book, audio course or class. I found the Genki textbook series to be more to my taste than Minna no Nihongo, JapanesePod101.com more interesting than the Pimsleur audio course.

I strongly resisted changing from handwriting answers (because my brain learns languages through my hand), for far too long. I’ve only recently switched to typing out my answers, and I’ve noticed instead of ‘filling in gaps’, or writing with shortcuts that stunt learning, I tend to type in full sentences.

That can only be good for learning grammar and sentence construction, right?

I’ve tried Duolingo a few times, and although it is very good, I find the speaking and listening component annoying. You can’t really do that while out and about, which is generally when I have my phone on me. If you aren’t trying to reduce phone/app usage while at home, or enjoy the site on your computer, Duolingo is great.

I use other flash card apps when waiting for a tram or to see someone, but am finding they are limiting as I want to build my own decks – words I don’t recognize from Harry Potter in German. I’ve heard only good things about Anki for constructing your own sets of flash cards, so will be grabbing that soon.

Japanese kanji appBut if you don’t like flash cards, then don’t bother forcing yourself to try to use them – you’ll only resent your language learning and quit. We need it to be fun!

There are a bunch of cute and fun Japanese flash-card-style game apps for learning kana and kanji. I haven’t seen anything similar for German though.

An audio course with lots of repetition about topics you aren’t interested in or won’t use is boring, and not worth your time. You are much better of finding a clearly spoken podcast in your target language about a topic you enjoy.

If you have iTunes, switch to the store in your target language and browse through the podcast collection to find some you like.

Grab some movies that you enjoy in your language and switch to a dubbed version. I know Lord of the Rings backwards, so hearing unknown words in context, and knowing what they said in the original version has been a great vocabulary tool. Harry Potter is next!

But what if sound hurts? I haven’t yet found a replacement for the audio-component when my head is hurting.

If you have any suggestions what would be good during sound-sensitive times, please do let me know!

How have you been stuck? With boring textbooks? Audio courses? Apps?

What things have you discovered that turn you off language learning?

Do you have any tips for me, perhaps for remembering things better when typed (and not hand written)? 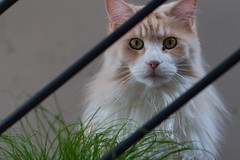 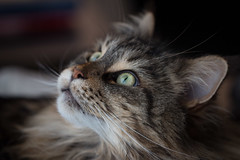